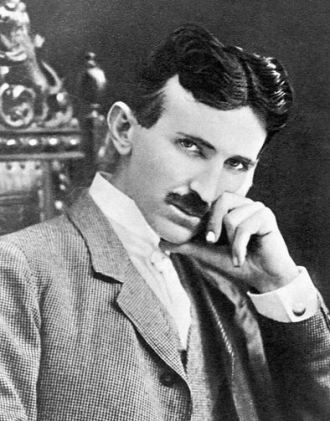 Eccentric genius and futuristic inventor Nikolas Tesla was a midnight child, born when the Moon was transiting Libra and the Sun Cancer. His Ascendant was Taurus with Pluto in Taurus rising in the First House, and the Lunar Ascending Node, Jupiter and Neptune, all in Aries, rising in the Twelfth House. The Ruling Planet Venus was in Cancer conjunct the Sun on the cusp of the Lower Heaven (Fourth House), both involved in a Cardinal Grand Cross with Moon-Mars conjunct in the Sixth House and Jupiter in Aries in the Twelfth House. Venus in Cancer and the Moon in Libra were in Mutual Reception (in each other Signs). His Mercury was in the Decan Aquarius of Gemini. Mercury was in fact the ‘Final Dispositor’, being the only planet in dignity (transiting its own Sign and House). 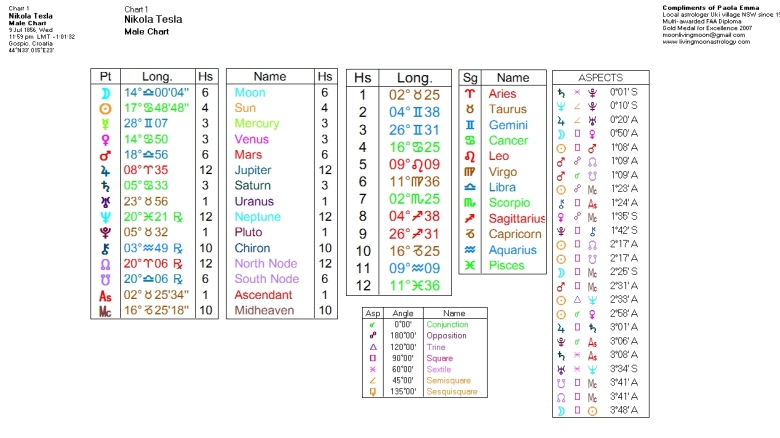 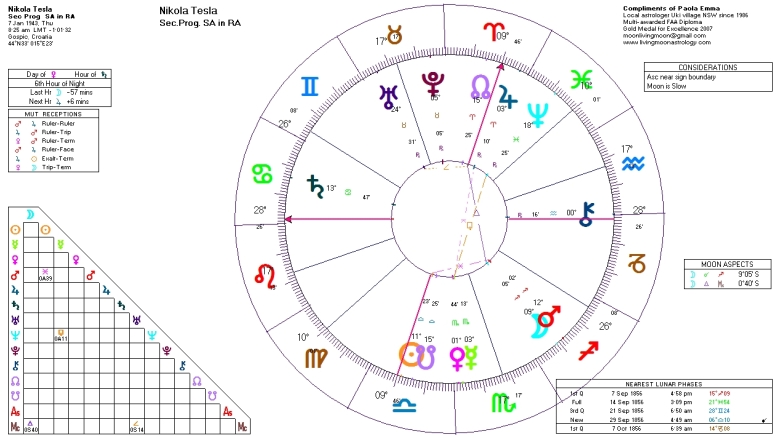