Mercury Retrograde and You 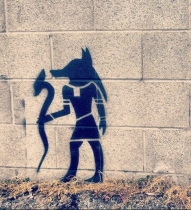 The Mercury’s Retrogradation will be experienced at some level by everybody, but in particular those people who were born with the Sun, Moon, Planets or Chart’s Angles in the degrees between the end and middle of PISCES, or around the same degrees of the other MUTABLE SIGNS, VIRGO, GEMINI, SAGITTARIUS.
The effect will vary in intensity and quality of experience depending on the nature of the celestial body or Angle involved, and also on the sector (House) in your Birth Chart where the Retrogradation takes place. Generally speaking though the delays and misunderstanding which are often linked to this type of transit should be more obvious in your life than in the life of other people.

The irritating events often associated and experienced during a Mercury’s Retro period do not happen for no reason, just to disrupt your routine and plans . Perhaps it is time now to look at those plans, routines, ways of communicating more closely, to reflect on the possibility of changing them or simply trying consciously not to depend psychologically on them as much as you usually do. Introspection is the key word here. If plans do not work as expected, if that important appointment get cancelled or indefinitely postponed, if what you say or do is misinterpreted by others, this should be the right time to consider a change of attitude in the areas affected by the transit. Because dreamy and fluid Pisces is highlighted here, the psychic awareness will be stronger and more pervading all aspects of our daily lives, but may also run counter to rational thinking and practicality.  Perhaps it could help to reserve a time every day to embrace the wisdom of dreams and cultivate our innate intuition, in order to satisfy the demands of Mercury in Pisces. The rest of the time though we could all be extra careful to communicate with each other in a straight forward and clear manner, to avoid misunderstandings and errors of judgement.  If making any important purchase or signing important contracts or agreement at this time please use extra caution too, because people and things may not be what they seem and reveal themselves in a different light when the Pisces’ fog eventually lift.

During the whole Mercury retro’s period we may encounter many opportunities to review our thinking and to become more flexible. To have too rigid plans and expectations, from others as well as ourselves, may not work during this time.