Exceptional composer and performer Freddie Mercury was born when the Moon was transiting Sagittarius, in the Fourth House, and the Sun Virgo, in the First House. His Ascendant was also Virgo and the Ruling Planet Mercury was rising in Virgo, in far conjunction to the Sun in the First House and in semi-square to Mars in Libra. Freddie Mercury had a ‘Stellium’ of planets in Libra, in the Second House, namely: Neptune, Mars, Chiron, Jupiter and Venus. His Sagittarius Moon was in close sextile to Venus and Jupiter and also in opposition to Uranus in Gemini and trine Mercury in Virgo. His Virgo Sun was instead in semi-square to Venus and Jupiter. Both Saturn and Pluto were in Leo, in the Twelfth House. Mercury died of pulmonary complications brought about by AIDS in the evening of November 24 1991, at the age of 45. His illness had been diagnosed in late April 1987. 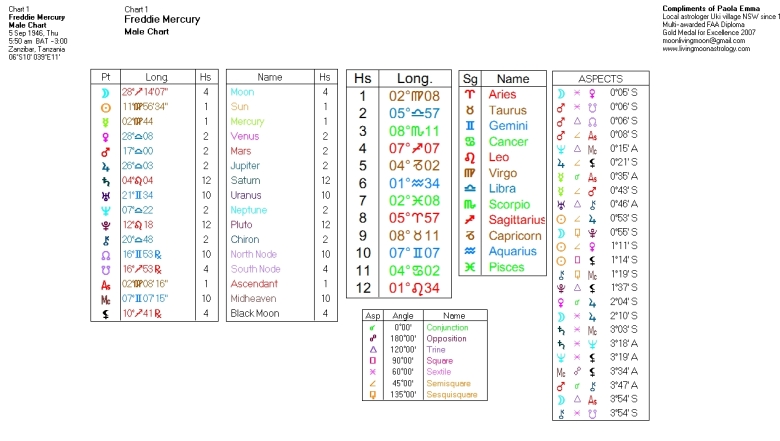 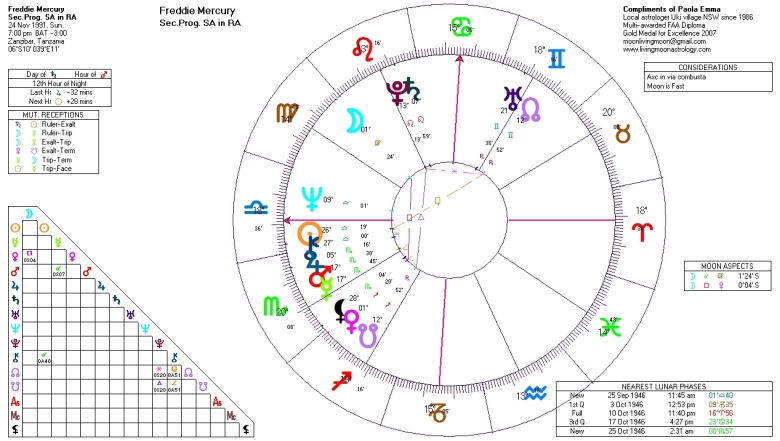 Freddie Mercury Progressed Chart on the day of death 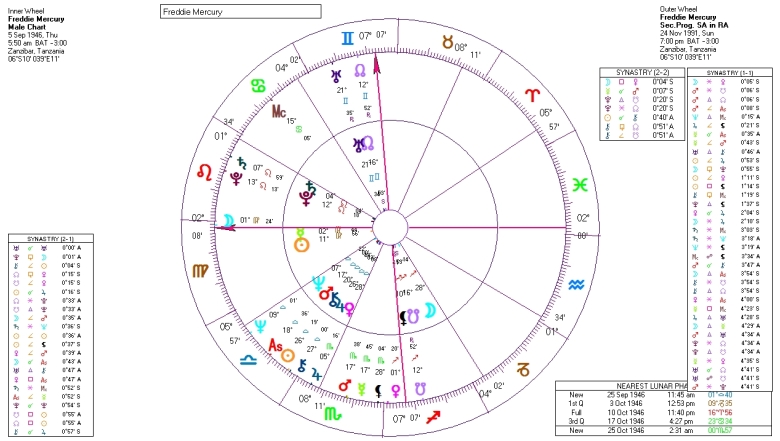 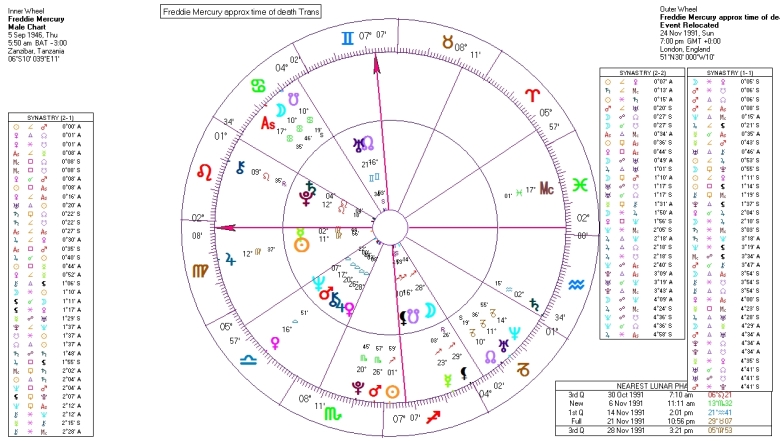