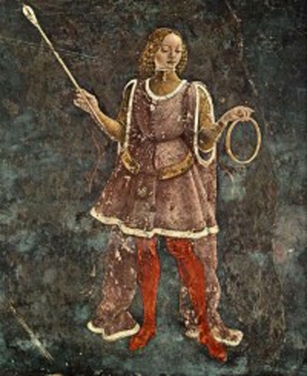 All the Planets (not the Sun and Moon) are sometimes Retrograde, appearing to move backward along the Ecliptic. This is an optical illusion, really, caused by the acceleration of Planet Earth on the other Planet, which then seems to move in a reverse motion, forming a loop in the sky. Long exposure photography has been used many times to exemplify this strange phenomenon.  Thanks to this modern technique we can now actually see the loop made by the Planet, as a luminescent u-turn road in the sky .

In interpreting a birth Chart often Retrogradation is very much ignored by most practitioners, but for an in depth study of an Horoscope one needs to consider it.

A Retrograde Planet is said to go inward rather than outward, to be more powerful and positive for our inner life than our outward experience. Traditionally in fact Retrograde Planets were considered to have a negative, crippling effect on the individual. The reality is that a Retrograde Planet can be as positive and beneficial as a Direct one, while those benefits are more likely to belong to the inner life and the evolution of consciousness.

Retrogradation is not a rare phenomenon: in the list below you can see that it comes regularly to all Planets. It is in fact rarer to have no Retrograde at all in one’s Horoscope than to have a few.

Retrograde seem to bring the past, or past experiences, back into focus in our lives, especially when a Retrograde Planet forms an important Transit on some of our Birth Planets or Angles. Thus Retrogradation is particularly important when we try to interpret the possible effects of Transits. A Planet, before going Retrograde, begins to slow down dramatically and then seems to stop in its tracks all together, what in Astrology is known as the Station of a Planet. If that station occurs near a Planet or Angle in our Birth Chart (or in Aspect to it) the effect will be more powerful and lasting. To experience a Retrograde Transit means that we need to retrace our steps somehow, that a re-consideration of our situation or current issues is necessary, in order for us to grow in consciousness and truly absorb the Planetary “lesson” described by the combination of Planets, Signs and Houses. Retrograded Transit aren’t Bad! On the contrary they give us a real chance to outgrow our limitations and solve our existential problems. So let’s welcome them with a open heart. Due to the slowness of all Planets during their periods of Retrogradation the same Transit, instead than occurring just once, will happen at least three times. The first (called First Pass) when the Planet is still Direct; the second (called Second Pass) when the Planet is Retrograde; and the third (called Third Pass) when the Planet has resumed its forward or Direct motion. With some particularly slow Planet, like Pluto for instance, the same Transit can occur up to five times! 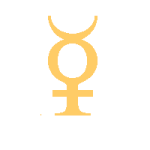 Mercury becomes Retrograde about three times each years, for a periods of approximately three weeks. The Retrogradation of Mercury brings some disruption in communication/travel, but also helps us to deepen our understanding  of others, increasing introspection/intuition. 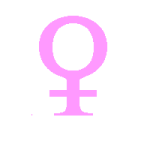 Venus becomes Retrograde once every 18 months, for a periods of approximately six weeks. The Retrogradation of Venus brings some difficulty in relationships and financial matters, but also helps us to refine and deepen our feelings and our moral/artistic /aesthetic values. 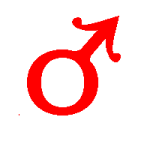 Mars becomes Retrograde once every two years or so, for a periods of about three months. The Retrogradation of Mars can limit our ability to act and to assert our desires, but can also help us to rethink the consequences of our actions, and to slow down for our own good.

All Planets past Mars, namely Jupiter, Saturn, Chiron, Uranus, Neptune and Pluto become Retrograde once a year, for a periods of about four months.

Jupiter: The Retrogradation of Jupiter can limit our expansion challenging our hopes, but can also help us to question our philosophy of life and our moral values, making us wiser and spiritually richer.

Saturn: The Retrogradation of Saturn can manifest in a difficult period, with added responsibilities and  work load, but can also help us to refine our skills and become more realistic and practical.

Chiron: The Retrogradation of Chiron can manifest in a period of ill health or one during which we need to give up something we care very much for, but can also help us to face more squarely our health issues, or accept more philosophically what we cannot change.

Uranus: The Retrogradation of Uranus can be indeed very disruptive of the status quo, challenging our sense of security and habits. But it can also let us see what needs to undergo urgent changes in our lives, showing us in which way we can become more true to ourselves without alienating others.

Neptune: The Retrogradation of Neptune can indicate a rather chaotic period in our lives, when issues are muddled and confused and we may thus lose our sense of reality.  On the positive side this could represent  instead a period of spiritual renewal and artistic inspiration.

Pluto: The Retrogradation of Pluto can indicate an emotionally intense, even traumatic period of major upheavals. The positive outcome is personal empowerment, with the discovery of hidden inner resources and talents. A new lease of life, a re-birth.