This post was published at the start of August in the Uki Village News.

By August 1 we will be leaving behind us the quirky retrogradation of Mercury, now again a more reliable Morning Star, rising before the Sun, encouraging clearer thinking and decisive action.

The Eclipse Season has also ended with the July Lunar Eclipse in Capricorn. The next Solar Eclipse will also be in Capricorn on Boxing Day 2019. The Cardinal Signs of Capricorn, Cancer, Libra and Aries (in particular Capricorn and Cancer) will be dealing still with life changing events and emotional upsets for a while longer.

For many the times ahead could be less dramatic and complicated than the recent period.
The end of Mercury’s retrogradation, on August 1, corresponds with the Leo New Moon, both events indicating the beginning of a new phase, when initiatives and plans may actually bring the results we are hoping for.

On August 11 mighty Jupiter will also turn Direct, after his yearly four months retrogradation, beginning then the last league of his journey through Sagittarius that will end on December 3 with the ingress into Capricorn. A forward moving Jupiter will give new impetus to projects and aspirations that may have been kept in the closet for a while.  Optimism and hope will brighten the days of many people, in particular those born under the Fire Signs of Sagittarius, Aries and Leo.  To strengthen this trend Mercury will transit a Fire Sign too, Leo, between August 12 and 29, a brighter, more creative collective mind set.

On August 12 Uranus will turn retrograde on the sixth degree of Taurus, turning direct only on January 11 2020, on the second degree of Taurus.  This will ensure a continuing trend of unexpected happenings, amazing breakthroughs, difficult upheavals and even life changing events for those who have these degrees highlighted in their Birth Charts (and, to a lesser measure, the same degrees of the other Fixed Signs of Scorpio, Leo and Aquarius). If Uranus in Taurus is forming a conjunction, opposition or square (90 degrees angle) in your Birth Chart, especially with one or more of the so called ‘Personal Planets’ (the Sun, the Moon, Mercury, Venus, Mars, Jupiter, Saturn) this is a once in a life time astrological event that could turn your life around, eventually helping you to strike a truer individual path beyond early conditioning and restrictions.

By the middle of the month of August the spotlight will shift to the Earth Sign of Virgo, with Mars entering this disciplined and practical Sign on August 18, Venus on August 21 and the Sun on August 23. These many planetary entities in Virgo, plus Saturn still slowly plodding through Earthy Capricorn, could be positive for working in a more methodical manner at any project generated by the Fire Signs creativity during the first half of August.

The highlight of this period will be the conjunction of Venus and Mars in Virgo, on August 25, encouraging romance and a pro-active approach to seeking new relationships and/or creative outlets.

September Astrology: the allure and danger of Neptune in Pisces

In September we will experience many oppositions of the Planets still transiting Virgo to mysterious and ambivalent Neptune in Pisces. Neptune is the archetypal power behind dreams, visions, spirituality, as well as illusions, delusions and deceptions of all kind. Venus will oppose Neptune in Pisces on September 4, Mercury on September 7, the Sun on September 10 and Mars on September 14. All these aspects will be strengthened by the last pass of the square between Jupiter and Neptune, on September 22, transit that has been with us, on and off, since January this year. While it could be easier at this time to let ourselves be swept off our feet by grand dreams and romantic wishes, a keen discrimination would be necessary not to be caught into emotional, mental or financial booby traps (Virgo to the rescue). We may dissipate a lot of our energy in chasing pipe dreams and riding tangents that may bring us nowhere in the end.

Positively Neptune may bring romance, poetical feelings, artistic inspiration and even spiritual experiences in our lives, opening our psyche to unworldly dimensions. It could be wonderful so far as we are aware of the danger involved and succeed in making a safe landing when this dreamy period is over.

We can celebrate the Libra Equinox and the advent of spring on September 23, at 5.50 pm local time. 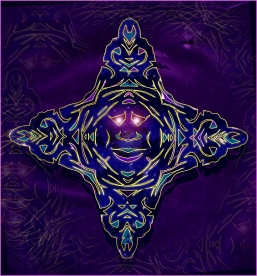