The Waxing Moon transits Capricorn from December 19 to 21, between the Sagittarius New Moon and the Aquarius Crescent Phases 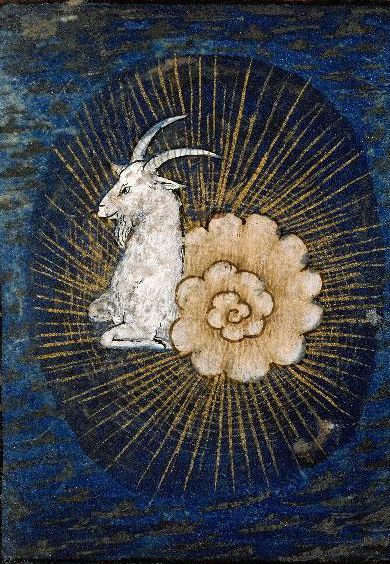 CAPRICORN, Moon of responsibility and ambition
Practical and efficient

The WAXING MOON TRANSITS CAPRICORN, from December 19, 0.33 am,

*** In the garden Capricorn is traditionally considered a productive Sign, especially suitable for growing Perennials, Trees and Vines. Any planting indeed that is meant to last a long time is well done in this earthy and reliable Sign. It is also a good Moon transit to plant root crops like potatoes and carrots. Fertilizing, especially slow release, recommended.

A note: the garden activities associated with the Moon Sign depend also on the cycle the Moon is in. The Moon transiting through a fertile or productive Sign will no be so favorable if the Phase is not a productive one, and vice-versa. For best results the Sign and Phase of the Moon have to be considered together.

and ends on December 22, 9.18 pm, with the AQUARIUS CRESCENT MOON PHASE

The New Moon is the beginning of the Waxing cycle, the sacred marriage of Moon and Sun, Yin and Yang, Night and Day. For three days the Moon becomes invisible. Astrologically we say that the Moon is now conjunct the Sun (on the same degree of Longitude along the Ecliptic). Every month the New Moon occurs in a different Sign. So the Aries New Moon in March/April is always followed by the Taurus New Moon in April/May and so on. New Moons are symbols of new beginning and represent a great time to start something or make important changes in our lives. The energy is right for everything new you would like to try.

*** In the garden this is traditionally a time to begin sowing and planting because the increasing Moon light will help plants to emerge and flourish. Moisture becomes more and more available as the light of the Moon intensifies, up to the Full Moon. Traditionally however no sowing or planting are recommended within twelve hours of the phase itself.

The Crescent Moon occurs half way through the first week of the Waxing cycle, when the Moon is transiting 45 degrees ahead of the Sun and looks like a beautiful crescent in the western sky after sunset. Psychologically this is an enthusiastic time, in which lots of ideas crowd our mind and we may feel that the sky is the limit. It is a slightly naïve Moon time, but also one full of hopes and dreams (the bright crescent shows now the shadowy sphere of the future Full Moon. The energy of the Moon however needs maturing at this stage and grounding. The first difficulties may appear, the first chinks in the armor; but the challenge is not strong enough yet for us to build up on it.

*** In the garden this is an excellent growing time: everything can go in now, but in particular leafy vegetables and all plants that we grow for their above the ground parts, but only when the Moon is transiting through the very fertile Water Signs or the productive Signs Taurus, Libra and Capricorn.