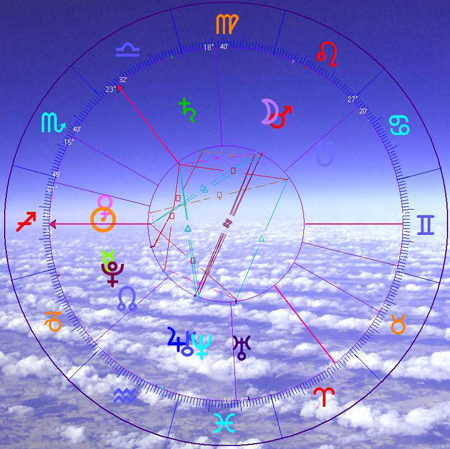 The Conference will begin on December 7, not the most auspicious time to begin something, with the Leo Moon just separating from Mars and decreasing in light, close to the Last Quarter phase.

The waning cycle of the Moon, especially when past the Last Quarter (the longest chunk of time during the Summit), is not traditionally considered the most propitious time to take momentous decisions or to enter into action for something as important as Climate Change.

This reflects in my eyes the general feeling of anxiety that the whole thing will be for nothing; serious agreement amongst different nations and interests seeming, at first, very far off.

The presence of Venus in Sagittarius and the Aquarian conjunctions all point to the desire to share and to look at the big picture, but also add a sense of restlessness, impatient expectations and rather fixed viewpoints all around.

The Moon conjunct Mars (both opposing the Jupiter- Neptune-Chiron’s conjunction), just on the Summit’s opening day, promises that tempers will flare up throughout the conference, and that many are ready for a good fight. Self righteous attitudes may permeate all camps. A tag of war is possible between autocratic (Leo) and democratic (Aquarius) factions within the Summit.

At the same time the conjunction of Mercury to Pluto in Capricorn, also exact on opening day,  warns us of the risk of manipulation and secrecy that could mar the trust amongst the participants. This aspects shows that hidden agendas are prominent and that communications cannot be taken at face value. The positive side of this conjunction  is the depth it can lend to communication and its practicality and efficiency (Capricorn). It is in fact a very appropriate angle, considering that what we want to discuss (Mercury) in Copenhagen is the future  of our world resources (Pluto) and that the talks should be practically oriented (Capricorn) and also truthful, even when the truth hurts (Pluto).

Uranus in Pisces, another significant agent for change, in the Horoscope of the opening day, is forming near exact harmonious aspects to the Lunar Nodes, the axis of destiny for that particular moment in time (trine the South Node in Cancer and sextile the North Node in Capricorn). These transits represent a positive highlight on the Summit, because the destiny of that day is to allow changes and to foster reforms.

The Moon in its waning phase is heralding however nine days that seem to be better suited for introspection than for deliberation and action. I see it as some big time Soul Searching.

The most challenging moment perhaps the day of the First Quarter itself, December 9, when the Moon in Virgo will require a lot of the participants to sieve through a mass of verbal and written communication, often losing perspective of the larger picture and the global issues (Virgo’s myopia, seeing the close up bark of the tree but missing out on the great big forest out there). This 90 degrees angle between the Virgo Moon and the Sagittarius Sun, symbolizes to me the natural conflict between our aspirations, and the principles we wish to live by (Sagittarius) and the needs and practical demands of our everyday life (Virgo).

A second critical time will be the Balsamic Moon phase, on December 12; the Moon, now in Scorpio, 45 degrees behind the Sun in Sagittarius. Here it is when true healing could take place and the seed of the new cycle planted. This seed will begin sprouting at the next New Moon in Sagittarius (December 16), so it is very important to nurture it rightly, in order to give it the best start. Just on this day Civil Demonstrations and Non Violent Protests have been organized, in favour of greater clarity and commitment on Climate Change, especially from the USA, China, India and Europe.

The Balsamic Moon is full of great potential but it is also a very fragile and changeable period, when things can go either way, depending on how well we have integrated the lesson of the previous cycle. This cycle began with the Moon in Scorpio, on November 17. At this New Moon, once a year, we are required to face the shadow which is within us and in others, and find a creative outlet for its energy; A great opportunity, all in all, to clear our acts. How appropriate that this should be the Lunation cycle of a Climate Change Conference!

This Scorpio New Moon, exact at the time of writing amongst heat waves and freak thunderstorms in Australia, is very much coloured by the first pass of the Saturn-Pluto square, exact on December 16, practically coinciding with it. The square will be still active for a while longer, though separating by the time the Summit will begin, a good thing.

A general sense of relief could be felt, because this transit has the reputation of being heavy and sometimes intensely stressful, putting many under a lot of pressure. This intense pressure will be felt during the Climate Change Conference too.

There would be, throughout the Summit, a strong resistance (Saturn), against the powerful pull toward a radical transformation of attitudes (Pluto). The Saturn-Pluto’s connection can be also read as fear (Saturn) over the loss of Resources and Riches (Pluto), to which we have become accustomed and now take for granted.

A radical change of attitudes is demanded here, in order to shed old habits (Saturn). Using creatively the impact of this transit (the ultimate reality check) will enable us to contact our inner power and to face difficult and demanding circumstances with renewed strength and depth of understanding.

This cosmic conflict has been reflected, at the collective level, by the present inability of leading world nations,(time of writing: mid November 2009), to find a working agreement on Climate Change. The old ingrained habits, conservative views and fears of rocking the boat too much and create insecurity (Saturn) are stubbornly refusing to see the vital urgency of the issues of Global Warming and the handling of planet Earth resources, really a question of survival (Pluto).

The fact that this difficult angle is losing power during the Summit, at least for a time, could be a good sign for the outcome. The square Saturn-Pluto will return again in February, second pass, and then August 2010, third pass, so its challenges and severe reality check are far from over.

Let’s remember however that the first impulse on the opening day of the Summit itself, December 7, is represented by the Jupiter-Chiron’s conjunction (see previous post for details), that, even if challenged, at first, by the Moon-Mars opposition, represents still a powerful force for healing and expanding wisdom and knowledge.

I feel that, in the end, both the configuration Saturn-Pluto and the conjunction Jupiter-Chiron-Neptune will have to influence the outcome, with somewhat contrasting hues. 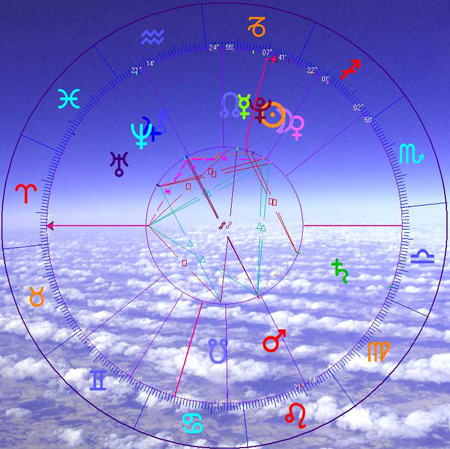 The conference fortunately will end December 18, two days after the New Moon in Sagittarius on December 16, therefore on a more buoyant note. This will feel like a sort of beginning, at the end of all the talks, the Moon finally increasing in light, energetically better suited for action. This New Moon is also promising because of the proximity in time to the last pass of Jupiter over Neptune in Aquarius (exact on December 21). This is an enterprising and brave New Moon in Sagittarius, conjunct diplomatic Venus, but also trine Mars (courage, enterprise) and square Uranus (urge for reforms). Sagittarius never forgets the big picture and is adventurous enough to take a leap of faith. This positive energy, like the transits of Jupiter (Sagittarius’ traditional Ruler) seem reflected already by those poor countries, like Brazil for instance, prepared to cut further their CO emissions if the developed and developing countries agree to a definitive cap on emissions, first by 2020 and then 2050. This is an ideal and ambitious goal, at risk of generating unrealistic expectations, but who better than Sagittarius can dare to dream and then find opportunities along the way as a reward for its act of faith?

Coinciding with the end of the Summit will be the retrograde station of Mars, on the 19th degree of Leo,  during the last week of the Conference. Mars will in fact begin its retro motion proper on December 20. This to me is a clear symbol that the issues that will come up, especially those generating tension, anger and confrontations will have to be revisited in the first half of 2010, giving Mars time to make its slow U turn in Leo.

Mars will end its long transit in Leo only in early June 2010, and by then the very significant conjunction of Jupiter to Uranus will become exact (on the cusp of Aries, the symbolical start of the Zodiac). This future transit promises some significant shift in global outlook, with a readiness to embrace changes and begin anew. Something to look forward to.

No exact predictions can be made on the outcome of this Global Summit, but certainly most students of Astrology would agree about the general tone and challenges of the event.

Repeating the words spoken, at a previous Summit, by UN Secretary-General Ban Ki-moon that the failure to reach a new treaty  on fighting global warming in 2009 would be “morally inexcusable, economically short sighted and politically unwise”, we don’t seem to have much of a choice. And this, I feel, is what the square Saturn-Pluto is all about, being put in an emergency situation with only one way out, truth, nothing but the truth.

More on the Copenhagen Climate Change Summit in my previous post, and in future posts, those in particular considering the effect of the January 2010 Eclipses and the specific roles of some of the major players, China, India, USA, Europe and Australia.